Being there, being human: Lenten thoughts

A review of and reactions to Judith Heumann, Being Heumann: an unrepentant memoir of a disability rights activist (Boston: Beacon Press 2020).

From 1953 to 1957, a television show featuring Walter Cronkite sought to re-create historical events as if one was present under the title “You are there.” I recall seeing some of the re-broadcasts of this show in my early school years. I had much the same feeling of presence of those school years while reading Being Heumann: being segregated, repeated examinations, denials of needs for no good reason, and gradually learning that I was different.

Hers is a story of self-discovery and a chronicle of the development of the disability rights movement. I am several years younger than Heumann, and an early beneficiary of her work. As is the case when I reach beyond the textbook's skimpy coverage and take extra time to teach about the civil rights movement, it is my hope that the younger generation of people of color and people with disabilities will come to understand how things were, where they have changed, so that in keeping with Santayana’s maxim, they may continue in a path of thoughtful change. 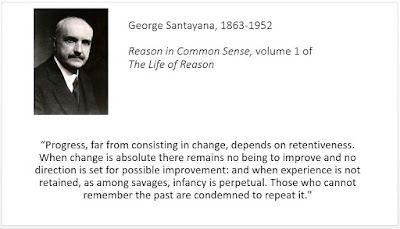 Like Heumann, I came to understand that my presence wasn’t always welcomed by school administrators. Physical disabilities were equated with mental disabilities, and there were struggles to be mainstreamed. I was often dragged from class to take this or that test. I also sensed a change of tone when we moved across town and entered a different school, but hadn’t heard about the early federal laws that required basic forms of inclusion. As she writes, being first is often difficult, and there was a need to prove that one could do it—if you were allowed to try. Many were more comfortable with exclusion. Even today, the idea of making environments more accessible seems to escape many people.

Times change, but it may seem that some values do not. To the parents of a previous generation, disability was viewed in terms of President Roosevelt: something to be hidden or a medical condition to “overcome.” Although changing slowly, the social model now sees the issue as one of access and design. But disabled people are still knocking on doors where we aren’t welcome, or are regarded more as a fire hazard than as people.

And thus began a cycle. A lack of inclusion leads to invisibility. Invisibility leads to a lack of planning for inclusion. Lack of inclusion leads to being ignored. People who are ignored don’t exist. Ah, but there was one place we could be seen—telethons! Helpless little children in need of charity, which meant that others knew best what we need. As she relates, grasping this cycle produced an understanding of a need to demand attention, which took the form of occupation of offices, and, eventually, recognition of disability rights not as a medical matter but as civil rights. Heumann was a leader in this effort, and her story is well-told and captivating. 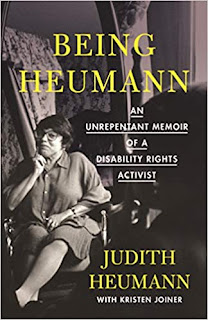 Michel Foucault reminds us that those who create “normal” often have unspoken or assumed standards, and enforce them by punishing deviance. In my city, we have just seen a flagrant demonstration of this principle. Over the weekend, a local art museum advertised for an executive director who would, among other things, maintain its “traditional, core, white art audience.” There's been a lot of media spilling of ink and electrons. There may be a protest: will it be accessible for once?

As Heumann notes, disability and race are linked, for the disability rights movement grew from the civil rights movement, and the two have always drawn on each other. Both are opposed to many of the norms that lurk beneath the surface. This construction of this ad reminds me that the standards of “normal” still stand. It also reminds me of students who didn't pay attention in writing class and tried to cover up that they didn't care when we covered inclusivity. It reminds me of the cheap (and ineffective) overlays that supposedly make web sites accessible to people with visual disabilities. Not only do they not work, they display to the world that you don’t care enough to do the job properly (for another example, see an article by David Perry).

As we enter another season of Lent, there is yet a need to examine these assumed and unspoken norms. “Disability is a natural aspect of the human condition.… We are all human. Why do we see disability differently from any other aspect of being human? (196, 202).

Disclaimer: I borrowed this book from the Indianapolis Public Library in Kindle format, so it was returned automatically on the due date. Amazon doesn't publicize this very well, but a Kindle reader is available (free) for most computers and phones.