Why isn't this in history books?

Recently, I’ve seen a lot of memes detailing an obscure incident involving minorities, followed by something along the lines of “why isn’t this in the history books?” I’m not surprised. There isa problem here, but we also need to note the popularity of the line “don’t know much about history” and realize that we have both a book-content problem and a paying-attention-in-class problem.

For a starting point, let’s start with a quote that doesn’t often make history books—maybe because it’s in a theology book:


The actual history of every country is full of shabby and even shameful doings.  The heroic stories, if taken to be typical, give a false impression of it and are often themselves open to serious historical criticism. Hence a patriotism based on our glorious past is fair game for the debunker…. The image becomes dangerous in the precise degree to which it is mistaken, or substituted, for serious and systematic historical study (C. S. Lewis, The Four Loves, HarperOne, Kindle edition, 32).

Textbooks are not “serious and systematic” historical study. They are a product designed to certain specifications, and those specifications often have more to do with general outlines than understanding how the field works. James Loewen’s writings about racial history and teaching provide a good source to understand this. Read his book Lies My Teacher Told Me and visit his website and pay attention. Loewen has also recently done an interview with Katie Couric that provides a good summary.

Reading a textbook tells you what someone else thinks is important. A frequent complaint is that books leave out important things. Indeed, they do. But there simply aren’t enough books, writers, or reading time to cover everything. The historian Barbara Tuchman commented of The Proud Tower that she could have written the book three times without repeating anything. This is simply something one has to be aware of--few of us have time to read everything!

Human nature is also a factor. Reinhold Niebuhr, for one (and most forcefully), argues that pride springing from the ability of self-transcendence is humanity’s original sin, and is what lies behind the story of the Fall in Genesis (The Nature and Destiny of Man, Scribner's, 1943). Pride works all kinds of mischief, and looks for hooks to hang its tenets on. After reading Loewen, you may come to understand better how this links to an often-repeated statement by Jim Wallis that racism is America’s original sin.

Aside from pride, we must also consider that history is not simply some set of facts that one pours into their head. In Practicing History, Barbara Tuchman gives an excellent look at how historical writing is done (and how it ought to be done), and concludes with:


If history were a science, we should be able to get a grip on her, learn her ways, establish her patterns, know what will happen tomorrow. Why is it that we cannot? The answer lies in what I call the Unknown Variable—namely, man…. History is the record of human behavior, the most fascinating subject of all, but illogical…
(Barbara Tuchman, Practicing History, New York: Ballantine, 1982, 147-148).

History is much more about understanding what sort of mistakes people make (along with, perhaps, the occasional good decision), reading and evaluating sources, and grappling with human nature so one can put together an understanding of what has happened across a span of time. If you have a favorite era, such as the Civil War, it’s fine to read within those bounds, but expanding your horizons will give greater insight. In this respect, Tuchman’s The March of Folly is an example of how an idea seems to keep recurring throughout history

As you consider these points, also keep in mind that any story has at least two sides. Someone who is trying to mislead will often push a false dichotomy—the notion that there are only two choices. In history, two sides is usually the starting point for a good count. And we turn again to Tuchman, who proposed a principle in A Distant Mirror that is often known as Tuchman’s Law: “the fact of being reported multiplies the apparent extent of any deplorable development by five-to-tenfold,” implying that bad news captures our attention more than good news, and is more likely to persist in memory and reporting.

Related to this, I’ll ask if you have seen the memes prattling about how slavery wasn’t all that bad, that others have been enslaved, and so forth? As is often the case, one needs to define the terms at hand. “Slavery” is not the same everywhere and at all times. An understanding of how American chattel slavery, based on race, and its pseudo-intellectual underpinnings is important to the current context. This is where the list you may have expected comes in:
Finally, it’s important to understand the limitations of humans (Niebuhr again), of historical record (Tuchman again), and that all of this is simply the best reconstruction we can offer. Trying to put yourself into a position of someone you read about is a good exercise, but before you do, look at these and remember that we’re not perfect:
and be better informed!

Posted by Tim Vermande at 16:08 No comments: 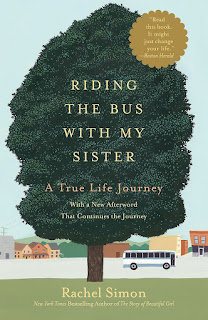 Posted by Tim Vermande at 12:55 No comments: