The Devil of Details


One of the most challenging aspects of teaching history comes when students are half-listening (if they're listening at all) until a phrase passes their ears that produces a knee-jerk reaction. "Socialism" is one of these words.

Some perspective on this term comes from the ostensible topic here, a book by Kenneth Barnes, Redeeming Capitalism (Eerdmans, 2018). Barnes outlines the history of economic systems, surveys both good and bad effects and developments, and suggests some theologically-based corrections to the way things are today (most of these center on restraining rampant greed).
Along the way, he notes: "Since the end of World War II, and the beginning of the Cold War, one word above all others has been anathema to US politicians, socialism. Among the many reasons for this, perhaps the two most obvious are a general confusion about what socialism actually is and a widely-held conviction that socialist experiments in Europe and elsewhere have not been successful. Confusion over what socialism actually is may be traced to deliberate and, some might say, cynical attempts by its opponents to convolute Democratic socialism with it totalitarian Marxism" (83). 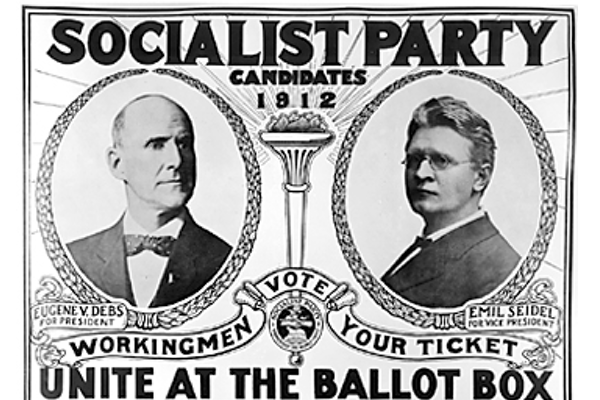 With the costs of being disabled, economic systems are always in the mind of people with disabilities. Hearing someone opine that wheelchairs are only around $300 (reality check: my last one came to $21,000, and we had to pay about $4000) should prove that. But economics, and Barnes, are also about what we value. Jesus of Nazareth stated that trying to serve both God and wealth would lead to cognitive dissonance (Matthew 6.24). The medieval theologian Thomas Aquinas argued that those who would raise the price of an item because of its advantage to the recipient commit a sin of deceit (Summa Theologiae 2b.77.1,4). The Archbishop of Canterbury, announcing that John Swinton's Dementia: Living in the Memories of God was awarded the 2016 Michael Ramsey Prize, stated that the failure to value people as something other than economic units was "one of the most profound failures of our society."
A recently-concluded round of campaign commercials and reading this article from History News Network brought Barnes, my wheels, Aquinas, and Swinton together for me.
It also reminded me of repeated efforts to get students to pay attention to that place where the devil lives--details. Or could we say, it's a reminder of the need for understanding history and practicing careful discernment (a.k.a. critical reading) of what we read. In this case, "socialist" has a variety of meanings and distinctions. It also originated in a particular historical setting, and, as is usual in everything from religion to politics, not all who claim the label or oppose it are using it accurately.

Being able to sort this out is one of the purposes of education (especially if you wish to distinguish "education" from "training," which I'll probably get into sometime). Before we proceed, I'll add that another purpose of education is learning to express what you've found in a clear manner. When I was in grad school, one day one of my advisors and I had a great conversation about students who responded "that's not what I meant" about their papers. It may be (and we can often figure that out) but it is what you told us!

I've seen a lot of memes lately that mention "socialism" but clearly don't have any idea what it's about.This is why I dislike the memes that are so prevalent on Facebook. Beyond their general inaccuracy and one-sidedness, they don't invite discussion, their purpose seems to be reinforcing one's pre-existing notions without thinking. But then, thinking is what killed Socrates.
Disclaimer: I borrowed this book from the Indianapolis Public Library and promised to return it within three weeks. I fulfilled that promise.