… just a setting on the dryer

A review and response to Jonathan Mooney, Normal Sucks: how to live, learn, and thrive outside the lines (New York: Henry Holt and Company, 2019).

What does it mean to be normal? 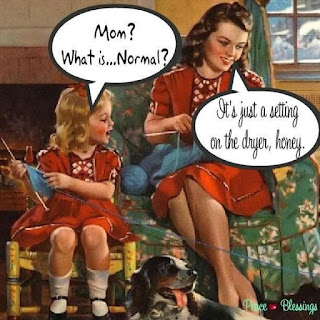 This a meme I used to introduce the topic “the fraud of normal” when teaching 20th century historical developments. It often drew the interest of the diverse lot of aspiring artists in the class.

Mooney starts his exposition much as I did—noting that “normal” is only a fiction of statistics, and while the idea has been around for some time, it gained particular prominence at a historical time of  social change. The idea of normalcy has a history, and much of it is related to the history of ranking and stratification that has created a caste-effect in modern life. Both of these have roots and effects in emerging divisions in the middle of the 20th century, and they continue today, reaching far beyond their origins as distinctions become accepted standards.

One often hears the saying “history is written by the victors,” and so are social standards. In a parallel to history, “normal is what is called normal by people who are called normal” (36). That leads to an inherent bias, which is why I challenge those who talk about “history is there whether you like it or not” to include more than the accounts of the winners in their statements.

“Normal” is a form of self-justification from a group holding power. One of the results of this phenomenon of self-justification is the casual use of various slurs in everyday language, which leads to a lack of recognition of the reality of the problems from many in a place of privilege (for an example, see “The harmful ableist language you unknowingly use”). In a steadily compounding spiral, society compounds its habits of overlooking the contributions that people who are different bring to the table.

The effects of this enforcement of “normal” have been devastating, resulting in invisibility and dehumanization. The idea of eugenics grew from its fascination with removing difference, coupled with quantification movements (i.e., statistics that measured deviation), all focusing on isolating and labeling some people as a problem.

To learn more about the effects of any change, one should ask what life was like before the event. In the case of normality, historical documents show us that differences were once celebrated, perhaps with an attitude that they encompassed touch of eccentricity or oddness, but accepted as part of a diverse world. It was the rise of the field of statistics in an increasingly scientific-oriented society that gave an impetus to the idea. By 1914, 36 states had institutions that segregated anyone considered “feeble-minded” and by 1930, 41 states banned non-eugenic marriage or practiced forced sterilization. In 1935, such ideas became the law in Germany. We know how that went, don’t we?

This book is highly recommended (along with Mooney’s Facebook page)as another example of the new day for many that has come with the growth of the civil rights movement and its social theory of disability: what disables me is not anything of myself, but the environment. With that, the theological world has slowly begun to see disability, like any difference, as an element that is to be honored as part of the divine plan. “Am I normal? No, I’m not. No one is” (216). There is no one way to be a human—to be human is to be diverse.

Disclaimer: once again, I have irritated Amazon by borrowing this book from the Indianapolis Public Library. As per agreement with them, I returned it within the specific time period, and hope that others are now appreciating it as well.